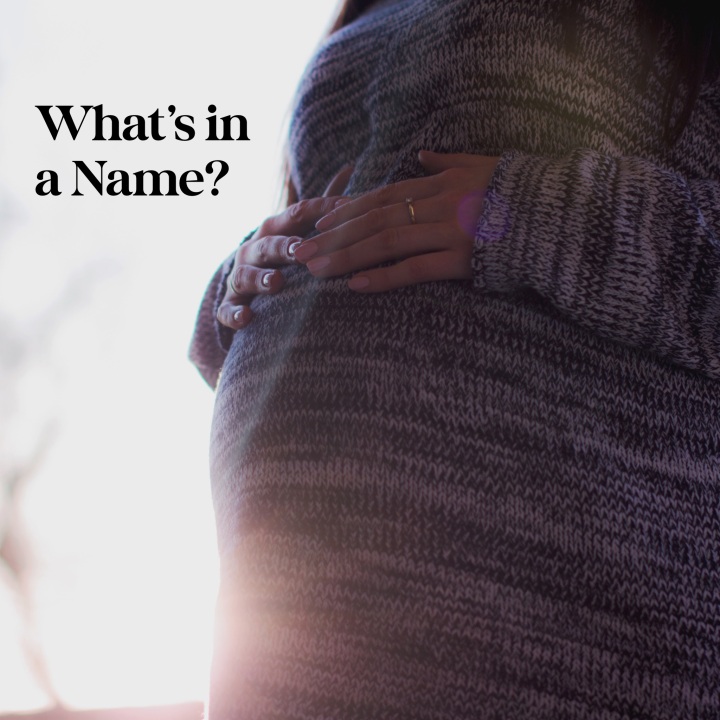 I knew my son’s name halfway through the pregnancy. I felt the little butterfly-like fluttering of his movements within me for the first time during our trip to Ireland, and that’s about when Rob and I decided on the name.

It was very uncomfortable traveling halfway across the world at 22 weeks pregnant, but I hadn’t anticipated that when planning the baby-moon months earlier. On the eight hour plane ride, I needed to get up to pee at least six times. Once there, I slept horribly in the hotel room, as that’s when my legs started to cramp during the night and my hips ached from stretched ligaments. I plastered a smile on my face when we walked from museum to museum, but I couldn’t stop from complaining about my aching back and incessant need to find a coffee shop so I could pee yet again.

Still, I was glad for the vacation. This would be Rob’s and my last hurrah. Our last trip, just the two of us. We’d traveled so much since getting married, but that phase of our marriage was coming to an end. I felt like we were both simultaneously holding our breath awaiting this baby, knowing life as we knew it was about to change forever—we just didn’t know in what ways. So I did my best to enjoy Ireland, relishing the fact that it was still just the two of us.

The week before, after the big ultrasound appointment, I’d sliced into a gender reveal cake to find blue candy. A boy! Finally, the little life inside of me had a sort of identity, some pronouns to cling to. It made me feel more connected to the baby, knowing this, and I was thankful that we hadn’t waited to find out. Our list of potential names was cut in half. But really, I already knew which boy name we’d settle on.

Rob was always quoting W.H. Auden, the twentieth century poet that neither England or the US would claim. I tried reading his work from time to time, but I wasn’t naturally inclined toward poetry like Rob was. Besides, Auden’s work felt too far above me. I only liked one of his poems—”As I Walked Out One Evening”— and even that one I only liked the first half. (It starts out so hopefully romantic before taking a dark turn that completely ruins any romance for me. Why can’t it just stay romantic and fluffy? What’s so wrong with that?) Anyway, I’d say I had a healthy respect for W.H. Auden because of Rob, though not any true interaction with the writer.

Yet I was the one who suggested Auden as a name. I liked that it was unique but not weird, easy to say but not very common. The name held so much sentimental value to Rob because of how much the poet had influenced his life. And that just felt right somehow, sweet and good. A name ought to be meaningful, I thought, and this one was. To Rob, and therefore, to me.

So when we were sitting in that Irish pub, fish and chips moments away from arriving, I asked Rob if we were decided for good, if we were sure that Auden was the name we were choosing. I rested my hand on my recently-popped belly, smiling because from the look in Rob’s eyes, I already knew the answer.

Auden, our baby, our firstborn, our son.

My little sister tells me I stole her favorite baby name. She swears she told me that George was number one on her list, and I swear that I don’t remember. But, ah, that’s the perk of being the first in the family to have kids—for all the downsides that come with this role, at least you get the first pick of names.

George was my grandfather’s name, my dad’s dad. I have a few foggy memories of the man, but they’re hard to reach. I remember the way he’d watch television when we’d visit during a week in the summer. I remember the smell of his pipe as he sat out in the garage smoking. I remember a letter he wrote me when I was ten. I remember after he died, the way my relatives would talk about him as a man of honor, a man of dignity, a man of bravery, a man of strong values.

George sounded robust and certain, like a name of someone who knows what he wants. I liked that. I found out the baby was a boy as early as 10 weeks—not even out of the first trimester yet—and somehow I knew this child needed a name of certainty. Determination suited him. He’d been a twin, however shortly, and he was the survivor. I spent weeks wondering if I’d miscarry him too, weeks mourning the twin I wasn’t going to meet, weeks confused about why I was mourning in the first place (I didn’t want twins), weeks worried about losing my baby. But he was determined to live.

Rob liked the name because of Harry Potter. In the last book, George is the Weasly twin that survives the battle—the name would be a nod to that survival and that lost twin, a remembrance. Seemed fitting, he said. So we decided on George rather early on.

Unlike our first pregnancy, we did not keep the name a secret. So everyone referred to the baby in my belly by his name. “How’s George?” they’d ask. It was like he was a personality that already existed, this personality we all acknowledged already. His having a name let us know him before we knew him.

And now, he’s this skinny tall toddler, having just decided that walking is preferable to crawling, and I know that I was right about him: George is someone who knows what he wants. He is my man of certainty and determination.

This post is part of a blog hop with Exhale—an online community of women pursuing creativity alongside motherhood, led by the writing team behind Coffee + Crumbs. Click here to view the next post in the series “A Name”.